Good news for Palestinians: According to several August news reports, a 3G mobile network might be finally coming their way. After years of struggling with 2G speeds, the Israeli government and the Palestinian Authority are reported to have come to an agreement that would result in Israel releasing the frequencies required for 3G and possibly 4G services.

As documented by a new report on the country's telecommunications industry by the Palestinian think tank, Al Shabaka, that speed upgrade has been a long time coming. The Oslo Accords, the agreement struck between Israel and the Palestine Liberation Organization (PLO) in 1995, settled that Palestinians should have their own telephone, radio and TV networks, but handed over the details of that to a joint technical committee. As detailed in the Accords, Israel would control all allocation of frequencies and determine where Palestinians could build new infrastructure. Israel consistently foot-dragged since then, delaying Palestinian telcos the ability to upgrade their networks, or share the radio spectrum with Israeli services and companies. 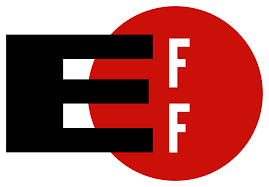