In Gaza, the movement is strapped for cash, as the territory’s residents continue to suffer under Israel’s illegal blockade.

The unemployment rate in the first quarter of 2016 stood at 41.2 percent, while 80 percent of the population depends on humanitarian assistance to meet their basic needs.

The Egyptians, meanwhile, are keeping the Rafah crossing almost entirely shut, and have cracked down on the cross-border tunnels that were a major boost to Gaza’s economy.

Last month, in a sign of the strain, it was reported that Hamas authorities in Gaza had begun distributing plots of land to some 40,000 civil servants owed millions of dollars in unpaid salaries.

With the formation of the 2014 national unity government, Mahmoud Abbas refused to pay employees hired post-2007, when Hamas took control of the Strip.

Putting Hamas-hired civil servants on the payroll would have been strongly opposed by the Palestinian Authority’s international donors.

Since then, Hamas has periodically paid a portion of the 40,000 or so employees’ salaries, a serious financial headache that was behind the Gaza governments’ decision to up taxes earlier this year.

Yet, such measures as the land giveaway and Qatar’s intervention, are only sticking-plaster solutions to a bigger problem.

Should the Gaza Strip remain as isolated as it is now, Hamas’s financial woes will not improve any time soon. 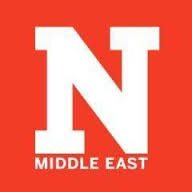