Who can free Palestine?

The concept of Palestine itself has evolved from one that demands recognition of land and the right of return for millions of Palestinians around the world, to one that has become a symbol of freedom for the marginalized everywhere.

The slogan ‘'Free Palestine’ is deeply connected to a web of other oppressions around the globe, including that against the Rohingya and the people of Darfur in Sudan, support for it is growing in places like Europe and India.

But the Palestinian Authority (PA) and Hamas, who market themselves are the liberators of Palestine are anything but.

The PA in the West Bank and Hamas in Gaza regularly torture dissidents, harass journalists and crush dissent. PA officials refuse to meet with government watchdog organizations or hear corruption allegations made against them. Business owners report that the PA acts as a gatekeeper to the economy, obstructing any potential business plans that may get in the way of its control of certain industries. All the while, Palestinians face an increasingly restricted economy, a deepening military occupation by Israel and less political rights than ever before.

Al Bawaba spoke with Palestinian analysts, journalists and activists, who all say that both Hamas and the PA have become more dedicated to maintaining holds on their ‘petty fiefdoms,’ as one interviewee put it, than actually seeking to guarantee the rights of Palestinians.

The future of Palestinians is being foreclosed on them, in part by those who are ruling over them.

Some inside the Palestinian territories are now saying that Free Palestine is as much about liberating Palestinians from the oppressive governance of Hamas and the PA as it is resisting Israel’s occupation.

“Parallel Police States” in Gaza and the West Bank

Omar Shakir, the current Israel and Palestine director for Human Rights Watch (HRW), is used to being targeted by oppressive states.

In 2013, he was kicked out of Egypt for his investigation on the Rabaa massacre by Egyptian security and military forces under the command of current president Abdel Fattah el-Sisi. Israel has been trying to deport Shakir since he arrived in 2017.

Shakir told Al Bawaba, “25 years after Oslo,” where the Palestinian Liberation Organization (PLO) negotiated a tentative pathway to a two-state solution with Israel, “Palestinian authorities have gained only limited power in the West Bank and Gaza Strip, but yet, where they have autonomy, they have developed parallel police states.”

In Oct 2018, HRW released the findings of its two-year investigation on police and security abuses in the Gaza and West Bank by Hamas and the PA. It found that both authorities were carrying out systematic and arbitrary arrests of dissidents “for no clear reason beyond writing a critical article or Facebook post or belonging to the wrong student group or political movement and torturing those in detention,” in Omar’s own words.

“Effective impunity for these serious abuses remain the norm.”

Crackdowns on Dissent in the West Bank

The HRW report, released on Oct 22, collected hundreds of cases of wrongful arrests and detentions and found dozens of instances where both the PA and Hamas tortured its detainees without any repercussions. It indicts the PA’s Intelligence Services, Joint Security Committee and the Preventative Security forces as well as Hamas’ Internal Security forces.

The PA monitors the West Bank’s social media platforms as closely as it does the streets of Ramallah, Nablus and Hebron.

Preventative Security admitted to HRW that it had sought out and detained 220 people in 2016 and 2017 for posting views online that, according to them, “falls outside the bounds of criticism and expression of opinions” and that “could have truly endangered the lives of civilians.”

In June 2018, the PA temporarily outlawed public demonstrations to preemptively break up a planned protest against the PA’s economic sanctions imposed on Gaza. The new decree did not work to dissuade protesters, and hundreds descended on Al-Manara Square in Ramallah to voice their grievances against the PA’s measures against Gaza, which place even more economic pressure on one of the poorest regions in the Middle East.

“The (Israeli) occupation is the main culprit responsible for the blockade on Gaza, but President Abbas is making things worse by also imposing collective punishment on families there,” said Fadi Quran, a Palestinian activist and campaigner with Avaaz who helped organize the protests. The PA intelligence chief Majed Faraj had also reportedly threatened to sever the PA’s security relationship with Israel if the blockade of Gaza was lifted, drawing even more protesters out onto the streets.

At the time in Gaza, thousands were marching near the Gaza border fence with Israel to demand the right of return. Palestinians organized protests across the West Bank to stand in solidarity with them throughout much of the Spring and Summer.

The PA’s security response to the Ramallah protest was swift and unsparing: “The police handled the demonstrations with brute force, dozens were arrested, beaten and harassed,” Quran told Al Bawaba.

“They sent in huge numbers of police, some not wearing uniforms, and they used batons, teargas, and other means. They sought to completely shut down any attempts at dissent.”

The goal of the PA, Quran said, is to shut down these demonstrations: “Their tactics span the spectrum of what you would expect from a dictatorial regime. Violence, arrest, character assassination.”

‘Shabeh:’ How the PA Tortures

While in the custody of the PA, detainee treatment often qualifies as torture.

The PA security forces routinely use a tactic known as shabeh against its prisoners. Shabeh is an Arabic word that refers to pinning people in various stress positions that cause immense pain but leave little physical trace on the body in terms of cuts and bruises. It is used to break the will of the detainees and force compliance or confessions out of them. They regularly deploy this method against people suspected of providing support for even publicly sympathizing with Hamas.

Many documented cases of shabeh come from Jericho Prison and its neighboring detention facilities that are used by the PA’s Intelligence Services, Preventive Security, and the Joint Security Committee.

Palestinian journalist Sami As-Sai was charged with “inciting religious hatred” on Facebook and taken to a Jericho facility, where he held for weeks. There, PA forces told him, “we had people who entered here with muscles and left without any.” They tied his hands to the ceiling of an interrogation room and slowly pulled the ropes up. He told an investigator from HRW that he needed assistance going to the bathroom afterwards as he could not use his arms.

Sami’s mother, who was only able to visit him after 16 days, said “it was clear he had lost a lot of weight to the extent he could not walk properly.”

“He told me that he was subjected to torture from the first day he arrived, including beatings and being hung from door frames and windows. They would force him to remain standing up for very long periods and deprive him of sleep for days,” she added.

The Arab Organization for Human Rights in the UK found over 15 similar case of PA forces torturing detainees, mostly at the Jericho Prison. On Nov 11, 2018, reports surfaced that PA forces had tortured Suha Jebara at the same detention facility in Jericho. Jebara is an American-Panamanian whom the PA accused of “providing help for the families of Palestinian martyrs and prisoners.”

Another detainee told an investigator that he was electrocuted twice, and had a cord tied around his penis. He remembers watching on as PA officers dislocated the shoulder of detainee when he was struck with a chair while he was tied down.

These brutal methods have led to a systemic chilling effect on Palestinians inside the West Bank, who doubly fear the Israeli occupying forces and the PA’s own security forces, since they both enforce draconian laws and resort to torture to enforce their positions over the territory.

Omar Shakir of HRW further told Al Bawaba that not a single security officer in the West Bank and Gaza Strip had been convicted for a wrongful arrest or torture in 2016 and 2017.

“While the authorities regularly receive citizen complaints and have systems to investigate them, only a minority have resulted in a finding of wrongdoing, according to data provided by the security services themselves. Even fewer led to an administrative sanction or referral for criminal prosecution,” Shakir said.

Thanks to this type of rule, Palestinians’ support for the PA’s rule in the West Bank are at historic lows. More than 60 percent demand the resignation of Mahmoud Abbas, the current president of the PA, 43 percent blame Abbas and the PA for the worsening conditions in Gaza and 50 percent say the PA is a burden on the Palestinian people, according to Sep 2018 opinion polls.

“I did not see either the Hamas nor the PA in the West Bank trying to put out any kind of legislation protecting the human rights, freedom of speech and democracy,” Palestinian journalist Bassem Eid said to Al Bawaba. Eid, who lives in the West Bank, knows all too well how the PA views members of the press investigating its rule.

In 1996 he was arrested by Palestinian security forces. The main reason for the arrest, he explained, was a report he published with B’Tselem, a government watchdog agency. Entitled “Neither Law Nor Justice,”the report details severe violations of human rights by the Preventative Security Forces (PSF) operating in the West Bank. Eid documented numerous instances of torture and detainees being held indefinitely without a trial.

In the time since his arrest, he figures little has changed.

“Right now, free expression is not on the agenda of the PA. Neither in the West Bank, nor in the Gaza Strip. Unfortunately, committing severe violations right now under the two authorities has become almost like a competition today between the Hamas in Gaza and Fatah in the West Bank,” he added.

“Free Palestine means for me, how to liberate the Palestinians from the current leadership; the PA in the West Bank and the Hamas in Gaza.” 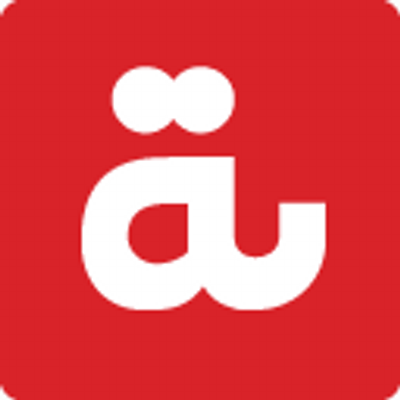