The politics of the Trump administration are being increasingly governed by the twin policies of unilateralism and isolationism.

After Donald Trump was elected president in November 2016, he withdrew from a historic 2016 climate change agreement signed by 195 countries – and the only signatory to do so.

And this year, he announced plans to dilute the 2015 Iranian nuclear deal signed by the five permanent members of the UN Security Council (UNSC), namely the U.S., UK, France, China and Russia, plus Germany and the 28-member European Union (EU) – much against warnings by all the other signatories.

The latest unilateral act came in early December 2017 when Trump announced his decision to recognize Jerusalem as the capital of Israel and threaten to eventually move the American embassy from Tel Aviv to the disputed city – the only country, so far, to do so.

And on December 18, the U.S. vetoed a one-page Security Council resolution, crafted by the 57-memberOrganization of Islamic Cooperation (OIC) and sponsored by Egypt, which reiterated the longstanding view of the UNSC: that no country should establish an embassy in Jerusalem and that its status has to be resolved by the Palestinians and Israelis.

In a statement before she exercised the U.S. veto, Ambassador Nikki Haley told delegates: "I have been the proud Representative of the United States at the United Nations for nearly a year now. This is the first time I have exercised the American right to veto a resolution in the Security Council. The exercise of the veto is not something the United States does often. We have not done it in more than six years. We do it with no joy, but we do it with no reluctance."

Of the 15 members of the UNSC, the remaining four permanent members, UK, France, China and Russia, voted for the resolution. So did the 10 non-permanent members proving once again how isolated the United States is in the far reaches of the international community – and particularly at the United Nations, in this case, characterized by a vote of 14:1.

Responding to the U.S. decision, and reacting to Haley’s statement, Nadia Hijab, Executive Director of Al-Shabaka, The Palestinian Policy Network, told IDN: "If the issue were not so serious, Nikki Haley’s comments would be the subject of slapstick comedy.” 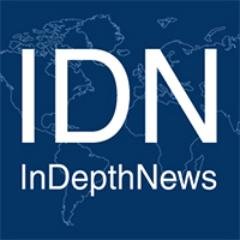