On February 1, Amnesty International published its long-awaited report on Israeli apartheid. Amnesty is not the first human rights group to recognize the system of apartheid imposed on all Palestinians. However, the latest report makes a conscious effort to examine how apartheid impacts the lives of Palestinians wherever they reside, including Palestinians in 1948 lands and Palestinian refugees in exile.

We recognize the importance of such reports for global campaigning and advocacy efforts. However, there are issues with this report, just like the ones previously published by international and Israeli organizations. Amnesty's report fails to recognize apartheid as a tool of Zionist settler colonialism and fails to consider the role of Zionist ideology and institutions in establishing and maintaining this system. It also refrains from recognizing the right of the Palestinian people to self-determination. Thus, the report does not break away from the limitations imposed on Palestinians' discourse, nor does it confront the nature of the Zionist project as both racist and settler colonial.

Amnesty's Secretary General Agnès Callamard chose to open the organization's press conference in Jerusalem by asserting “the right of the Jewish people to self-determination.” She then stressed: “We are not criticizing the fact that there is a Jewish state... What we are calling for is on the Jewish state to recognize the rights of all people living under their control and on their territories.” Amnesty echoed this position in a press release published on its website that day, which stated that it “does not challenge Israel's desire to be a home for Jews” nor does it “consider that Israel labelling itself a ‘Jewish state' in itself indicates an intention to oppress and dominate.”

These statements convey disregard for the fact that Israel defining itself as a “Jewish state” is not a merely symbolic gesture, but rather, the very manifestation of Zionist settler colonial domination over the Palestinian people. This is the foundation of Israel's apartheid regime. As Palestinian scholar Fayez Sayegh wrote in 1965, Zionism demands “racial exclusiveness... [and] necessarily rejects the coexistence of Jews and non-Jews in the land of Jewish regrouping.” Should we then understand Amnesty's statements as an endorsement of Zionist racial ideology?

Following Amnesty's press conference, the organization's messaging became even more conflicted. Amnesty USA took to Twitter to state that Amnesty takes no position against Israel's prolonged occupation. A careful reading of the 280-page report shows that Amnesty does not call for an end to Israeli military occupation since 1967, even while it calls for an end to the Israeli blockade of the Gaza Strip and the dismantlement of Israel's apartheid system more broadly. The absence of a call to end the Israeli occupation is even more perplexing, given the report's finding that Israeli military rule between 1948-1966 (inside the Green Line) and since 1967 (in the occupied Palestinian territory) is “a key tool to establish its system of oppression and domination over Palestinians.”

Between the Legal and the Political

In its report, Amnesty argues that it “does not take a position on international political or legal arrangements” on self-determination. On this basis, it does not recognize the right of the Palestinian people to self-determination, even though this right is legally recognized and has repeatedly been reaffirmed in the context of Palestine.

The argument is even more incoherent in that Amnesty does take a political stance in the next sentence, when it accepts UN General Assembly Resolution 181 (II) of 1947 (the UN partition resolution) as the basis of its analysis. This is in addition to the statement by Amnesty's Secretary General asserting “the right of the Jewish people to self-determination.” These clear political choices suggest that what is at stake is not Amnesty's need to be “legal.”

We recognize that the human rights and international law frameworks are limited, and that these may not be the arenas where Palestinians attain liberation. In fact, over-reliance on legal frameworks has had a harmful effect of confining and limiting the Palestinian struggle and Palestinian political imagination. This has also negatively impacted the work of Palestinian civil society and human rights organizations.

Despite these limitations, international law can provide space for a more expansive discourse than the one advanced by Amnesty and other international and Israeli groups to date. The adoption of conflicted and decidedly political language has the effect of setting the boundaries of legitimate discourse, while at the same time side-lining Palestinian voices who, for decades, have been calling for systematic change within the human rights movement. Thus, it reflects an unwillingness to challenge the power dynamics at play, while failing to center Palestinians' lived experiences and agency, including the experiences and analytical framings put forward by those involved in the struggle on the ground. 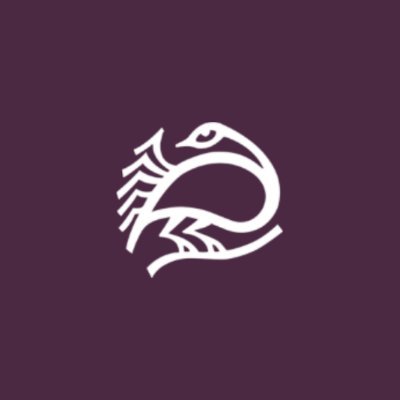