The recent return to violence across Israel, the West Bank and Gaza is harrowing, but sadly predictable. It comes on the heels of two events that underscore the desperate nature of the political landscape between Israel and the Palestinians, which is devoid of any prospects for a negotiated settlement. The devastation wrought by the attacks on Gaza over the summer of 2014, the first of these events, is still visible throughout the Strip. It evokes both the destructive consequences of Israel’s military campaign and the crippling blockade that persists in its wake. The second event – the May 2015 re-election of Prime Minister Binyamin Netanyahu – formalised a consensus in Israel against any diplomatic initiative to decide the fate of the Palestinians.

Against the backdrop to the current unrest, this report assesses the implications of these earlier events through six weeks of fieldwork in Israel, the West Bank and the Gaza Strip. Utilising interviews with a cross-section of Palestinian and Israeli politicians, cultural figures, leaders of civil society, journalists, and academics, this study offers a broad diagnostic of the unfolding situation. These discussions underscored how cyclical violence in Israel and the occupied territories is symptomatic of entrenched conflict management, a strategy that has led to a coarsening of Israeli politics and the fragmentation of the Palestinian populace. A rights-based approach to the Palestinian struggle may offer one way to overcome this stasis, as could other policies that impose a financial and moral cost on the occupation. 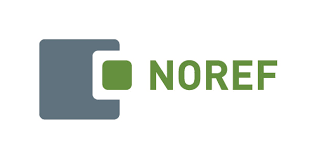