The Palestine Chronicle conducted an interview with Palestinian intellectual, Dr. Haider Eid on his views on the global impact of the Boycott, Divestment and Sanctions (BDS) movement.

Below is the full text of the interview.

Palestine Chronicle: Can you introduce yourself and the BDS movement of which you are an activist.

Haider Eid: Let me begin by clarifying that all the views I express here are mine and mine alone. They do not necessarily reflect the views of the wider BDS movement or any other organization.

I am an Associate Professor of literature and cultural studies at the Gaza-based Al-Aqsa University, Al-Shabaka (the Palestinian Policy Network) policy adviser, co-founder of the One Democratic State Group, and a BDS activist. It might be relevant to say that I spent some years in South Africa where I got my PhD from the University of Johannesburg, the first international academic institution to end its ties with an Israeli University.

As for the BDS movement, it is a global, albeit Palestinian-led, movement for freedom, justice, and equality. Israel has been violating international law by occupying and colonizing Gaza and the West Bank, including Jerusalem, since 1967; denying millions of Palestinian refugees their right of return to their villages and cities from which they were ethnically cleansed in1948; and discriminating against its Palestinian citizens. The BDS movement, inspired by the South African anti-apartheid movement of the last century, aims to exert pressure on Israel to put an end to its multi-tiered system of oppression, namely, occupation, colonization, and apartheid, in order to enable the Palestinian people to express their right to self-determination.

In the absence of any significant step by the official bodies of the international community – and I must add here that we are fed-up with the empty rhetoric that is leading us nowhere, while Israel is expanding and building more settlements, rendering the fictional two-state solution impossible – Palestinian Civil Society decided, in 2005, to address unions, syndicates, churches, schools, academic and cultural institutions and grassroots movements across the world calling on them to treat Israel the same way it did Apartheid South Africa, until it complies with International Law. And I must say that it is working; BDS is having a very serious impact on Israel and the international support it is getting from its allies. 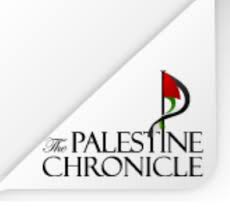