Similarly to their Syrian counterparts, Palestinians in Syria have been severely affected by the ongoing war. Syrian towns and villages, as well as Palestinian refugee camps, have been subject to repeated attacks and prolonged sieges by troops loyal to the Assad regime and by Syrian rebels.

Palestinian refugee camps, such as Ein el Tal, Dera‘a, al-Husseyniyeh, Sbeineh, Khan El Sheih, and Yarmouk, have suffered significant shelling, destruction, and the massive displacement of their populations as a result of the ongoing conflict. Khan al-Shieh, a Palestinian refugee camp located in the Western Ghouta area of Damascus, experienced massive shelling and destruction and has been cut off from Damascus by a government-imposed siege since June 2015. 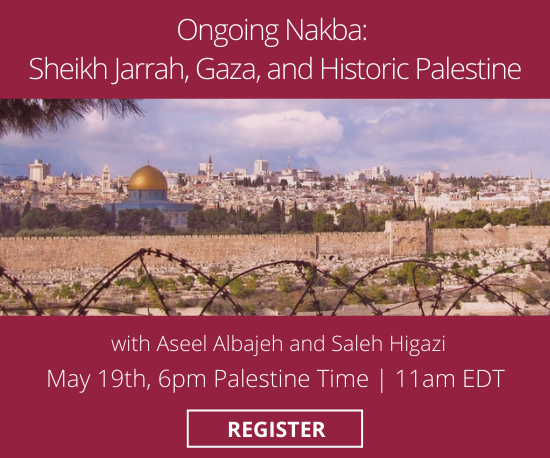