The United Nations General Assembly voted by a wide margin in December to demand Palestinian sovereignty over natural resources under Israeli occupation.

Like numerous other resolutions opposing the occupation, it is unlikely to offer any relief to Palestinians, who continue to be jailed, beaten and killed by military forces and robbed of their lands by settlements.

The resolution was adopted by 164 votes in favour and five against. Predictably, the United States, Canada, Israel and two US neo-colonies – Micronesia and the Marshall Islands – voted against. Australia was among 10 states that abstained.

The vote is the latest in a series of diplomatic salvos from Palestinian Liberation Organisation after decades of failed peace negotiations.

According to the Palestinian Water Authority, 85 percent of water in the occupied territories is allocated to Israeli settlers. The NGO Al Shabaka reported in December that 599,901 Israeli settlers use six times more water than nearly three million Palestinians living in the West Bank. 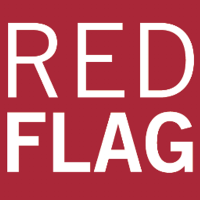