This article provides a contextual analysis of the evolution and reform processes of Palestinian security forces over the last two decades. It categorises the evolution of security reform processes into three phases: the Oslo Accords phase; the Second Intifada phase; and the Fayyadism phase. The article argues that despite the attempt to reverse the conditions of insecurity through security reform under Fayyadism (the Palestinian Authority’s state-building project between 2007–2013 in the occupied West Bank), fundamental tensions between the Palestinian Authority’s security forces and the Palestinian resistance movement have emerged. This tension manifested in authoritarian transformations and trends and therefore the entire security reform project constituted yet another form of institutionalised insecurity, but framed in a state-building and good governance framework. This article concludes that the enhanced functionality of the Palestinian Authority’s security forces and the reformed style of governance, resulted in the criminalisation of resistance against the Israeli occupation. In this way, the state-building project during the Fayyadism era directly and indirectly sustained the occupation. Conceptually, the Palestinian case demonstrates the fundamental flaws of conducting a security sector reform in the absence of sovereign authority and local ownership of the reform processes, and while living under a foreign military occupation. 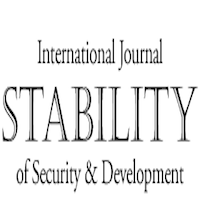