Your Jan. 11 editorial “Financial Crisis in the West Bank” is absolutely right: This problem should not be “swept under the rug.”

But blaming rich Arab countries for the Palestinians’ financial situation is not the answer. Since 1993 Arab countries, Europe and the United States have poured billions into occupied Palestinian territory to support the “peace process.” They’ve basically ended up paying for Israel’s occupation and colonization and relieving it of its international obligations. Why pay more?

Palestinians cannot develop a thriving economy while Israel controls the movement of people and goods to and from the West Bank (from Mahmoud Abbas, the Palestinian Authority president, on down) and almost all movement to Gaza, while swallowing up most land and water resources.

Palestinians don’t need more aid. They need American political clout to end the occupation as the first step to a just and lasting peace. 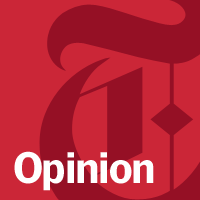