The Palestinian artist Kamal Boullata has created a work of art dedicated to Al-Shabaka, the global Palestinian think tank. All proceeds of its sale are going to support our mission.

Titled Qasida, the print’s geometric components mirror the rhythmic structure of the classical Arabic ode. The silkscreen is hand-printed on acid-free MultiArt Silk, 400 gr. and produced in the studios of Martin Samuel in Berlin in a limited deluxe edition of 50, titled, dated, numbered and signed by the artist with 10 artist’s proofs noted in Roman numerals. 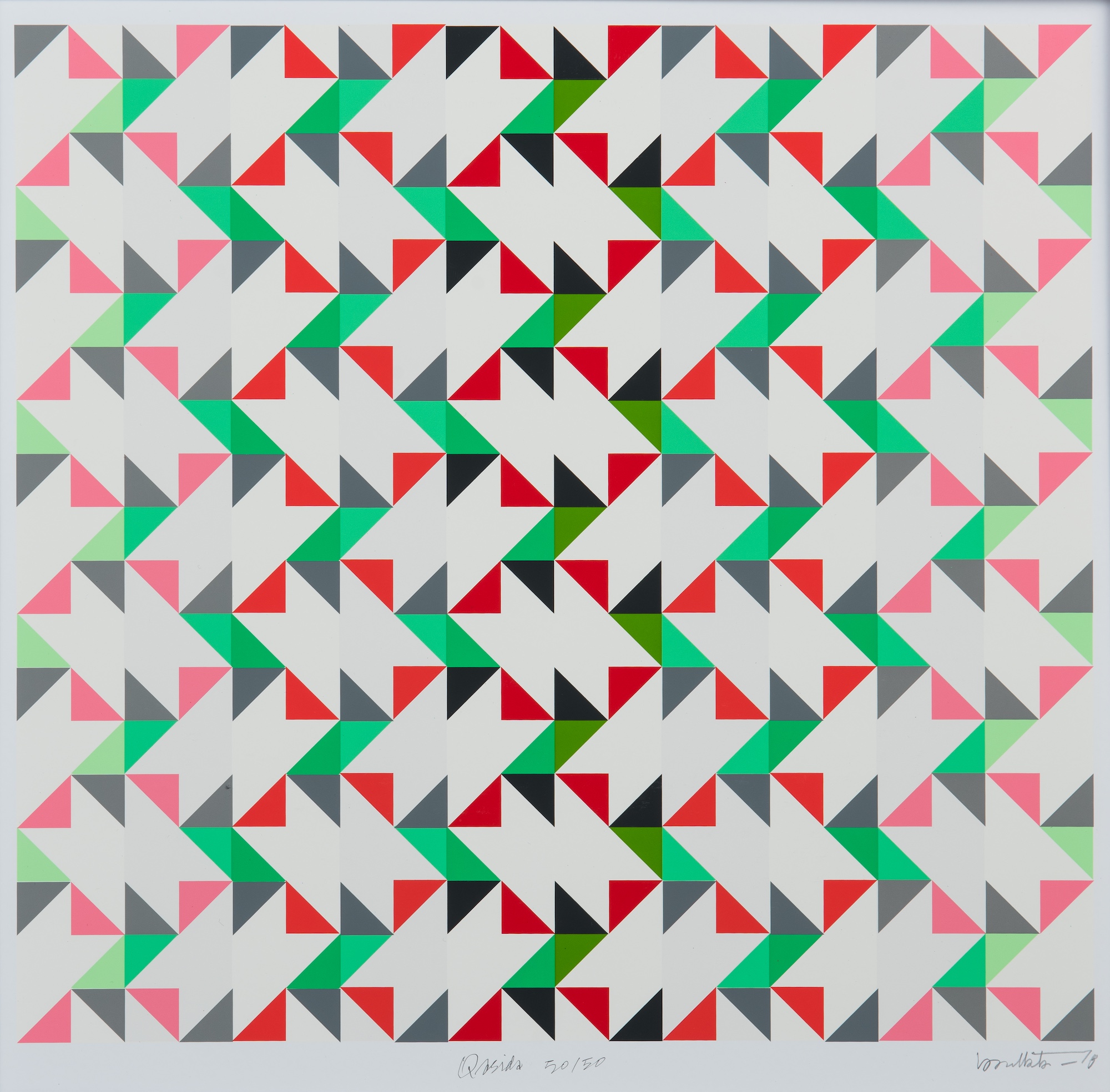 The award-winning Palestinian artist and writer Kamal Boullata was born in Jerusalem. In her review of his book Palestinian Art From 1850 to the Present, the British art critic Jean Fisher wrote, “Kamal Boullata’s magnum opus stands alongside the works of Mahmoud Darwish and Edward Said as a testimony to a Palestinian generation that refused to relinquish its faith in a just and radical humanism.”

Al-Shabaka: The Palestinian Policy Network was founded in 2009 and is an independent, non-profit 501(c)(3) organization. We draw upon the knowledge and experience of the Palestinian people, whether under occupation, in exile, or in Israel, so as to engage the broadest spectrum of perspectives in debate on policy and strategy to promote freedom, justice, and equality. We communicate our findings and recommendations to policymakers, civil society, and the media worldwide.

Al-Shabaka, The Palestinian Policy Network, is an independent, non-partisan, and non-profit organization whose mission is to educate and foster public debate on Palestinian human rights and self-determination within the framework of international law.